Kenseiki Alpha Ride (剣聖機 アルファライド) is a strategy RPG game developed and published by Eternal on October 23, 2015 for Windows.

Souma Kai leads an ordinary student’s life with a responsible and overbearing father, a boring school life with inseparable friends. One day, he started seeing a strange dream in which he was a wielding a sword in a strange land. His dirtied hand and the smell lingering smell of iron troubled him every day like a recurring nightmare. When he noticed that his body also began to change, his father revealed that those in their bloodline would be summoned one day to a war-torn world and his dream would become reality. His chance meeting with siblings Shino and Shizuma taught him the preciousness of their everyday lives. As his father repressed his sorrows, Kai faced down a fate from which he could not escape.

Clearly determined to retrieve his older sister Shino, Shizuma headed into the heart of darkness. Arriving at the corrupt country of Rujiwada, he was taken prisoner and sent to the capital. There he met the doll Stigma, who looked just like his sister. This was a world where one must kill to stay alive. He would dirty his hand with blood to find and rescue her. He would risk his life in this battlefield hell to gain freedom. He was caught in the unavoidable gears of destiny, with the strongest enemy standing in his path. 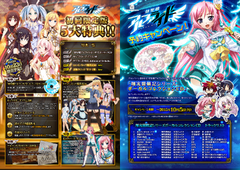 Retrieved from "https://japanese-pc-games.fandom.com/wiki/Kenseiki_Alpha_Ride?oldid=6168"
Community content is available under CC-BY-SA unless otherwise noted.