Etoile Princesse (エトワールプリンセス) is an overhead shooter developed and published by Exact on March 26, 1993 for the X68000.

You play as Rilule, a red-haired witch who is trying to rescue other magically imprisoned girls. The heroine fights enemies with projectile attacks in a fantasy themed multi-directional shooter. However, this game combines Mercs-style gameplay (or Kiki Kaikai) with RPG elements as in Zelda.

Each stage generally contains various items, allowing you to expand your life-bar length, and other special objects that will give you access to new capacities. The stages also contains switches to toggle in order to access to the boss to complete the stage. After stage completion, the girls who have been released will join your team. Up to three characters can be taken at the start of each stage, and you can switch between them at will. The world map screen shows a floating island, where you will be able to save and load, and to move with an occasional choice between stages. 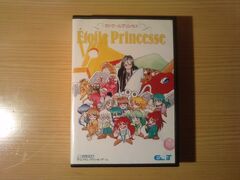 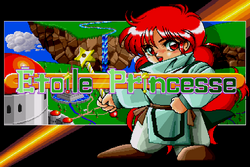 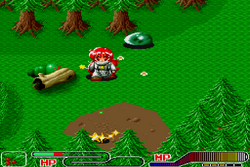 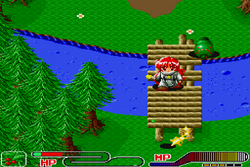 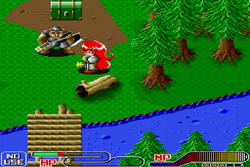 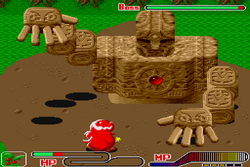 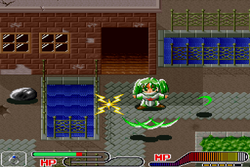 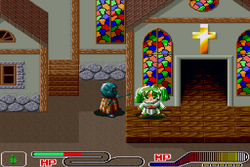 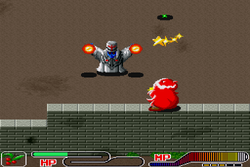 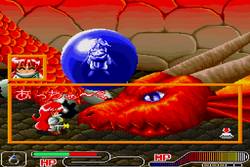 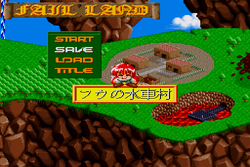